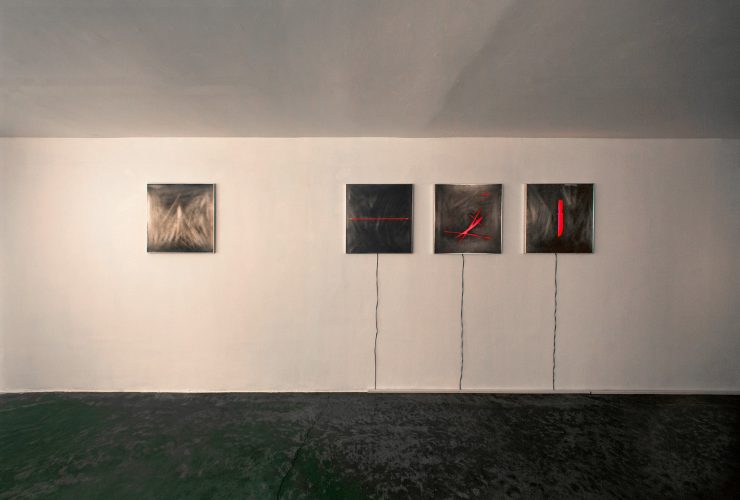 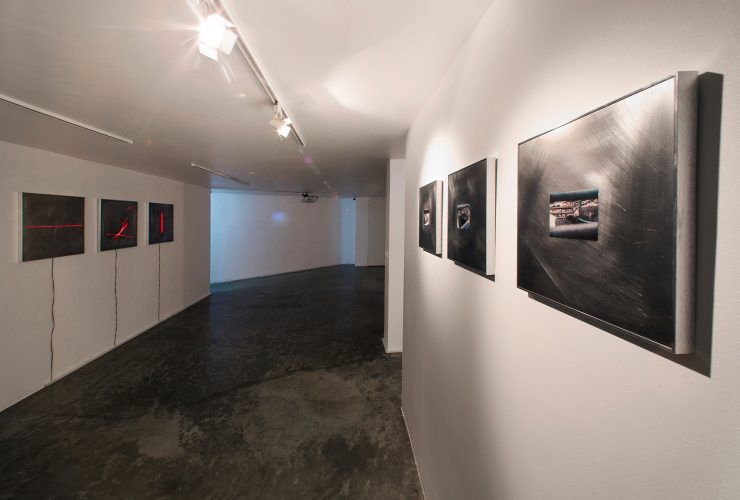 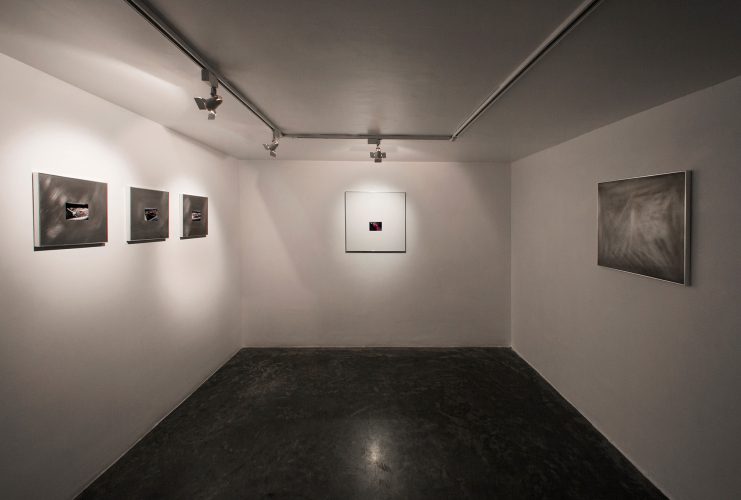 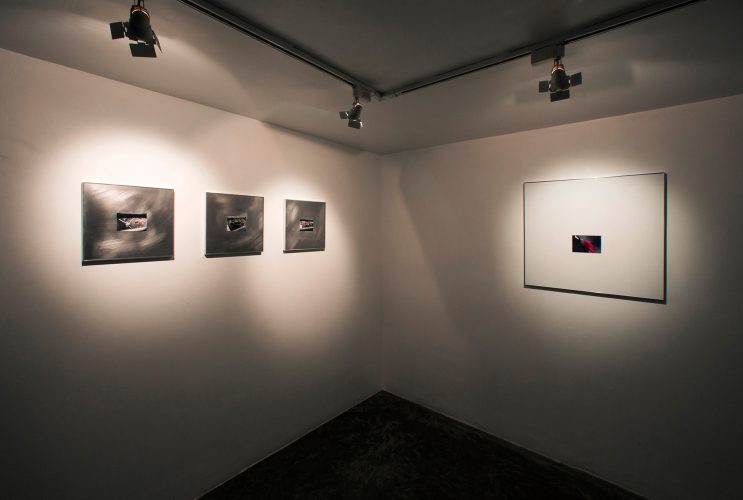 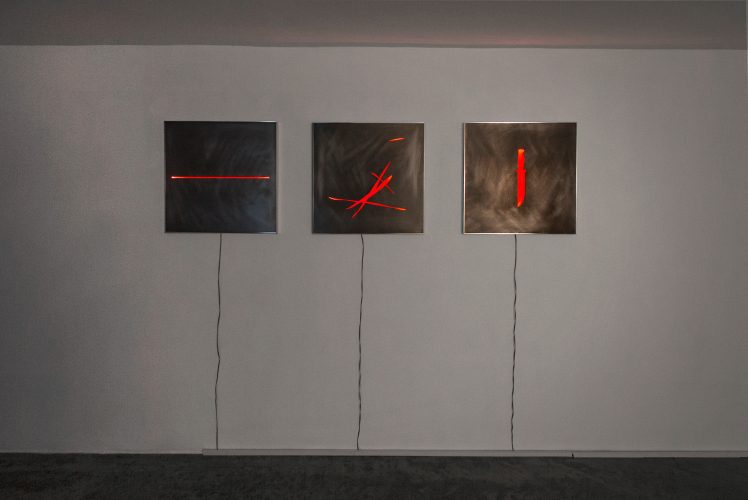 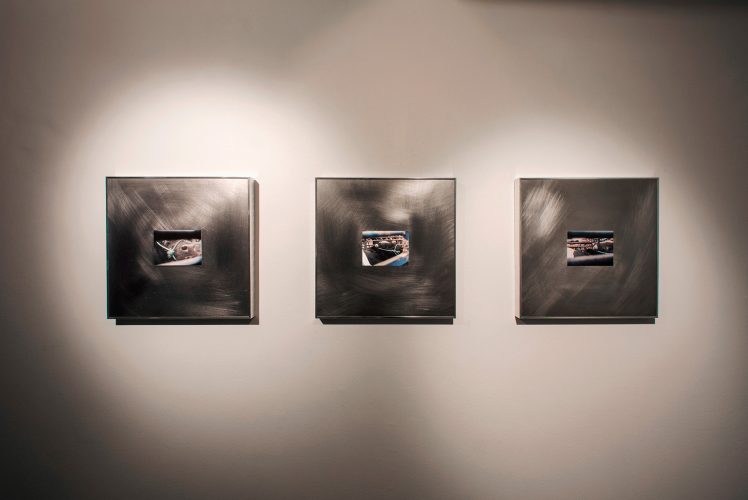 Joubeen Mireskandari has a long-standing career in graphic design and photography. His two main backgrounds, i.e. design and documentary photography, can be traced in the current series. “The Sacrifice — or How I Learned to Stop Worrying and Love the Blood!” is a contemplation of the experiences and observations of one single day. The layout of this series in the gallery space, which works as a narrative, appears like a study in “violence”, “society” and the “city”.

Work on this series began when Joubeen Mireskandari documented a sacrifice ritual using photography. By revisiting the photographs several times, some of their aspects were highlighted in the artist’s mind, causing him to create parallel readings of the event.

The visitor initially encounters a photograph that introduces the protagonist of the artist’s narrative. Photo-installations of this protagonist and the scene, with different perspectives, take the exhibition forward. “I tried to show society’s double standards of dealing with violence. The audience of the same ritual, when visiting an art gallery, are disgusted by looking at the same experience.” Four metal pieces and a slide-show of the documented sequence are the final stage of Joubeen Mireskandari’s exhibition.