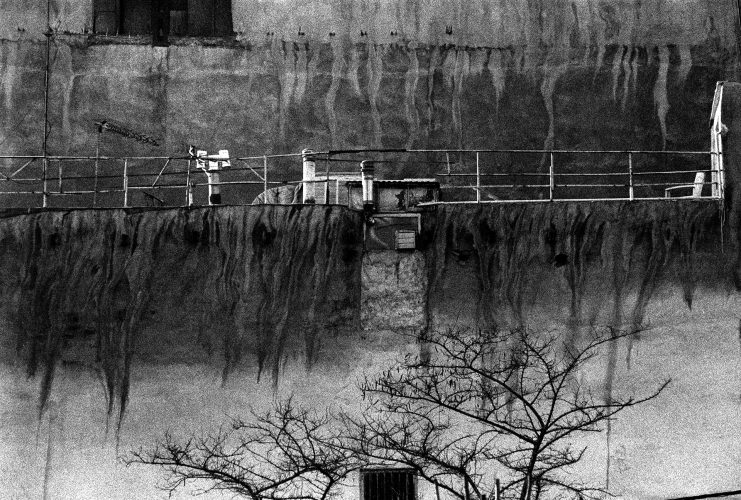 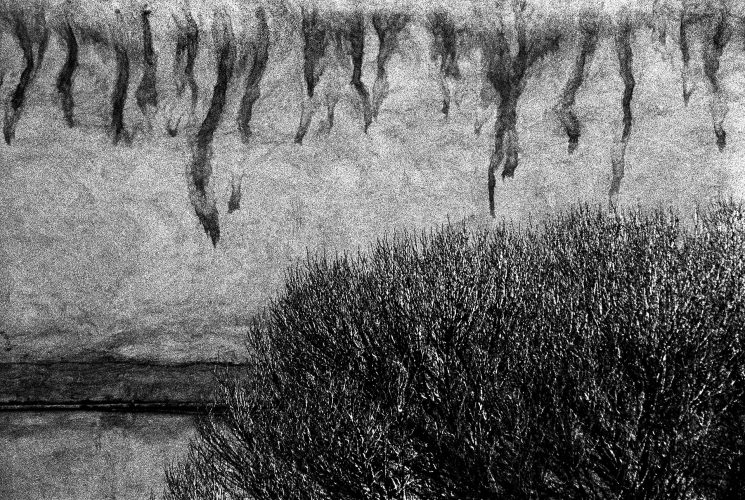 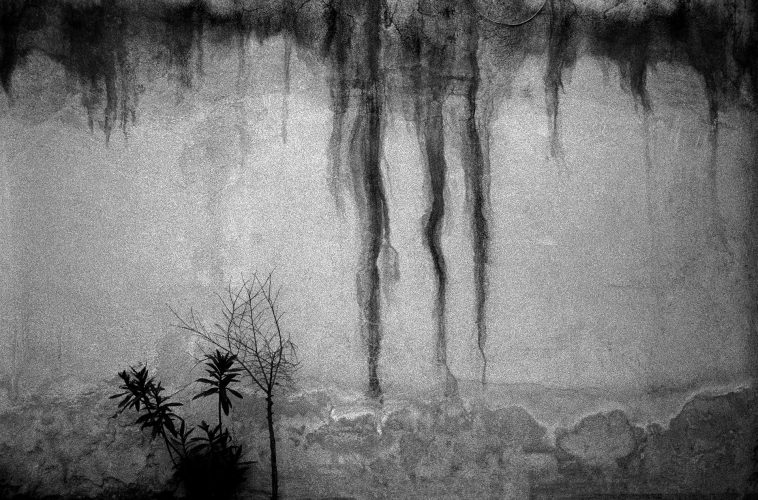 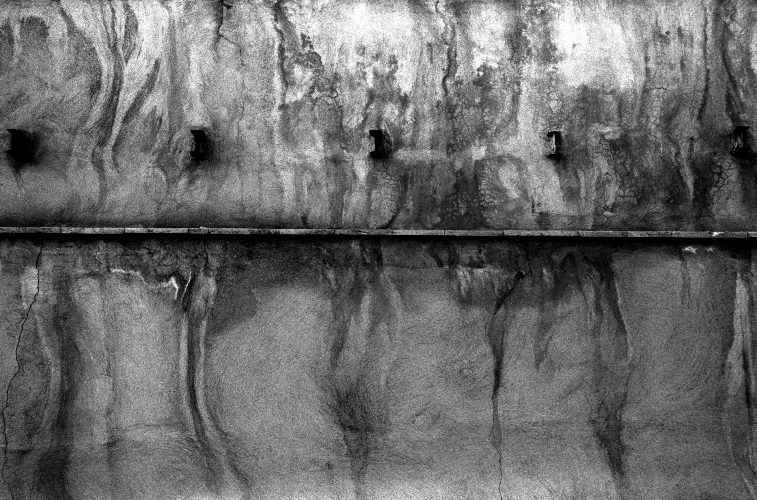 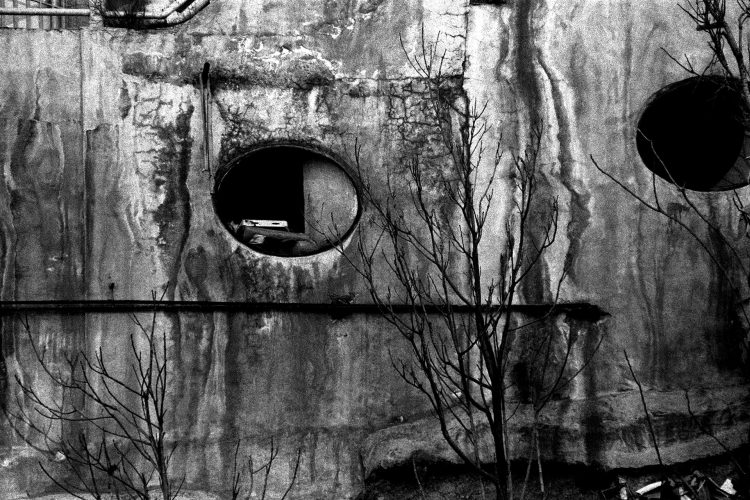 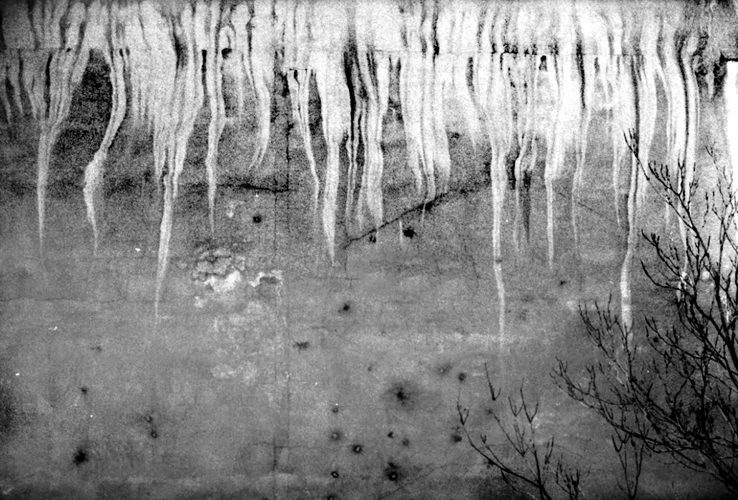 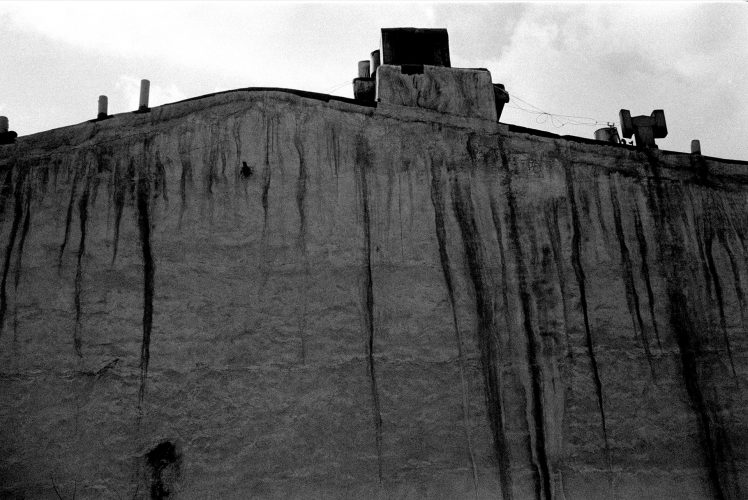 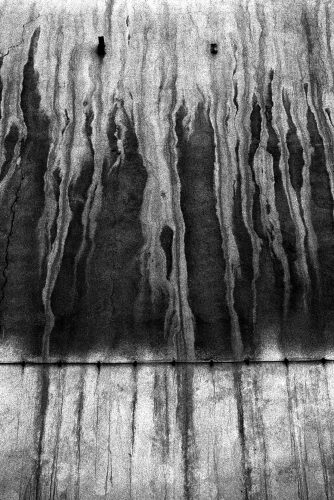 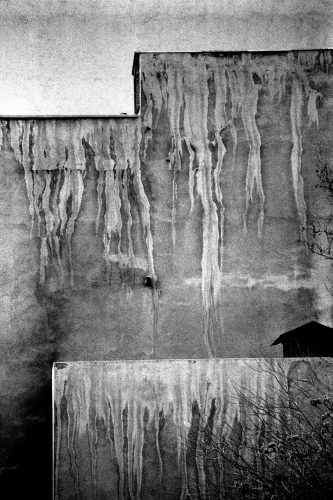 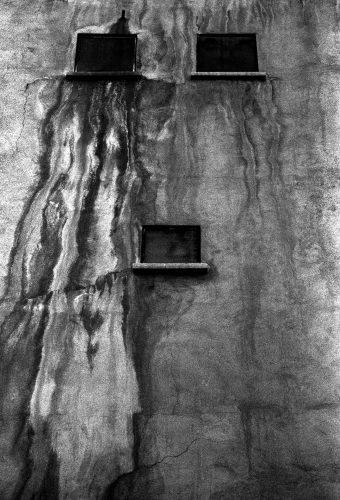 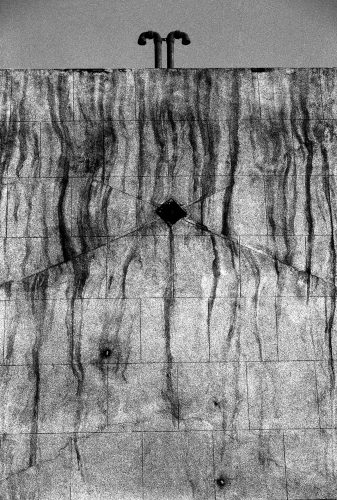 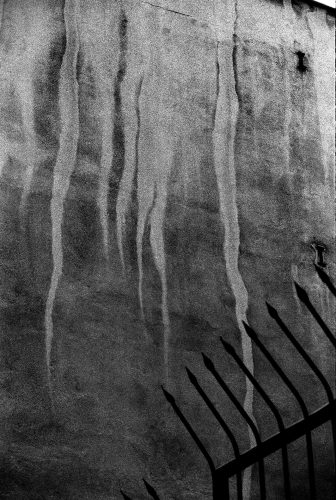 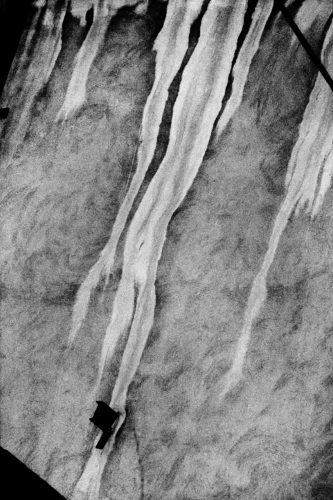 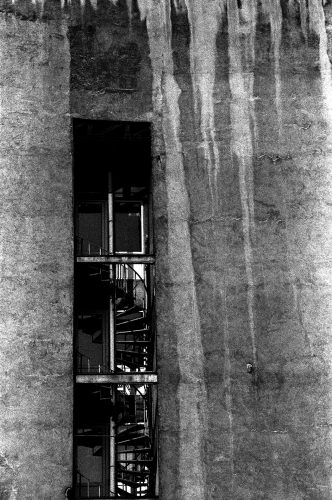 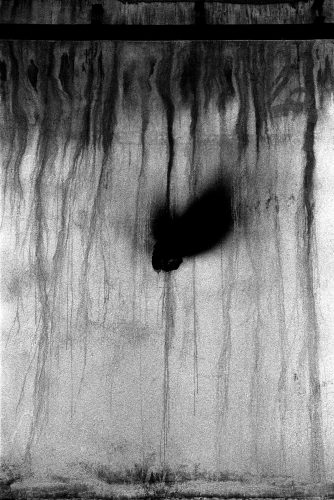 The series exhibited in a solo exhibition at Tehran’s Dastan Gallery in 2014 as ‘Blackened’ represents the very concept of Wabi-Sabi aesthetic in Joubeen’s work.

Frames shot during the winters 2010 and 2011 have not been devised to display the ugliness of dirty walls; rather they appreciate the beauty of black shapes painted by an ink made from the solution of smoke and dust in rain water.

Black stains cover many walls and count as dirt and tarnish until a connoisseur eye finds their beauty and frames and presents them.

This series belongs to a period when Joubeen is still using forms and images as elements of his compositions. He is not yet as concerned with humans and destinies as he became later. His pictures are still produced through the eyes of a graphic designer.

Months after the show, two frames of the series hung on the wall of the gallery office, caught the expert eyes of Ms Michket Krifa during a visit to Iran. The French author and curator of visual arts in the Middle East and Africa, who in 2001 had curated the first exhibition of the Iranian photography in Paris, introduced Joubeen to the French community of Iran and they enthusiastically followed him ever after.

These are documents from the present time, of today’s life, of and out of today’s city. They are witnesses to decay and rot, collapse,weariness and annihilation. They tell of an age when living environment is on the verge of wreck and death. Leaked, cracked, fallen, ruined. They tell about what people – absent in photos though their footprints are presented – have done to their environment, their homes, their city and to their civilization as well. They are manifestos in frame; bitter, bold, harsh, naturally accusing, at least protesting.

These photos remind us that beside materializing artistic imagination and presenting attractive and innovative images, photography – with photograph as a unique cell in the process of obtaining a truth through a visor and recording the reality- is still a unique, facile, available and precious art form. His photos reveal a world that is still full of discoveries, exposures, protests, warnings as well as containing the great joy of having a view to the surrounding.